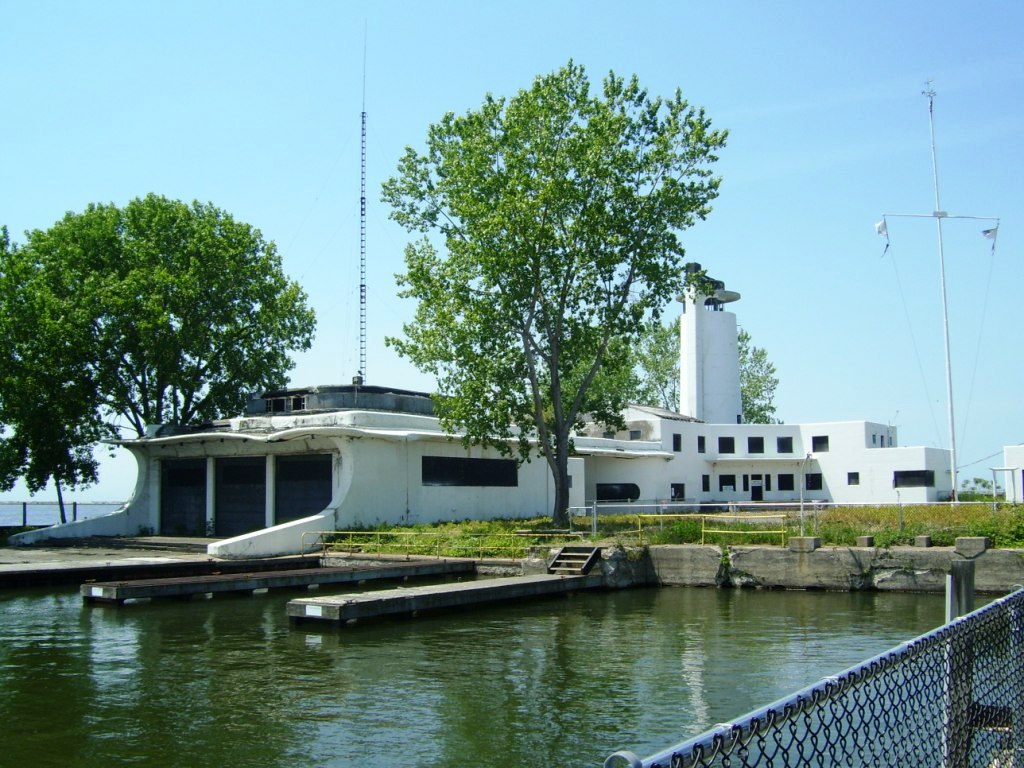 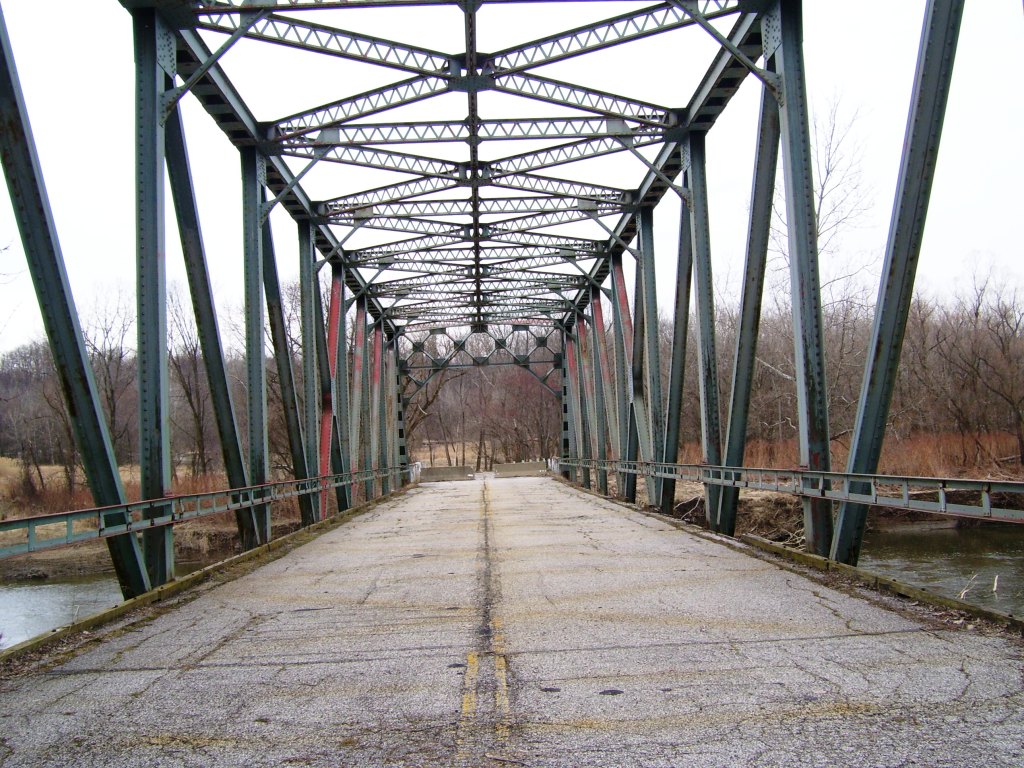 Hidden on a lakeshore in Medina County are the remains of an abandoned amusement park called Chippewa Lake Park. The park has been abandoned for more than 30 years after closing in 1978, though the park did open once more in 1979 for an Oktoberfest. After 100 years in operation, the park is overgrown, but barely forgotten.

In the past, people would plan trips to visit the park and in past years, tours were even offered allowing you to go inside the park and take pictures. But currently, the land stands bare and overgrown, as plans to build a resort and hotel fell through.

After driving down Main Drive in Chippewa Lake Ohio, the road dead ends to the old entrance gate.

“My most vivid memory was the click, click of the roller coaster as it slowly ascended to the top of the first hill, having come out of the dark weaving tunnel where, if you were quick and lucky, you could steal a kiss from your girl!” –Chad Grub

The coaster, also know as the Big Dipper, was built-in the 1920’s by the Pearce Family. It was one of the three coasters in Chippewa Lake Park by the time the park closed.

The Big Dipper is thought to be the first coaster in the park, but there was a coaster of an unknown name that existed prior to this coaster. The previous coaster required the cars to be pushed to the top of the hill and then people rode down the hill and the cycle continued.

The Big Dipper is an out and back coaster, meaning that the cars leave the station and make a long trip away from the station, then make a turn and head back to the station.

“The Ferris wheel turning at night with its white lights that we could see from our beach, way down the lake.” –Jean

The ferris wheel was replaced with the a newer one in 1946. The same ferris wheel stands today, although without its cars. Sometime in the 1940’s, they sped the wheel up and it because know as the “Fastest Ferris Wheel in the World!”

Photo used with permission from Jalebe.

Today it stands with a large tree growing right through the center of it. I’ve heard that the seats, were removed by locals who would remove one, then turn the wheel by hand to remove the next, and so on. They also could have been sold at auction. I’m not sure which is true.

“Every ride had its own unique sound the ‘Bug’, the ‘Train’ with it’s whistle, and many others all joined in to say, ‘Come to Chippewa Lake Park for fun and play’.” –Chad Grub

Tumble Bugs, which are rare today, were very popular rides in the early amusement park days, and Chippewa Lake Park had one called simply the “Bug” or “The Tumble Bug”. This ride was built by the Traver Company in Beaver Falls, today you’ll find only a few still in operation, such as “The Turtle” at Kennywood, as most of them have been scrapped. It was installed in 1927 where it stands to this day.

The ride is just a round track with steep up and down dips. There is bug shaped cars, in a train, that circles the track going up and down those dips. The riders sit on a flat bench seat in a circular car while holding on to a wheel in the center.

Today, the bug sits in the newly cleared park and I have heard that someone in the Chippewa Lake Park Yahoo! Group has permission from the current owners of the park to renovate the Bug and there is talk of moving the bug and the ferris wheel across the lake to operate.

Stand A – “The Hamburger Factory”

The burger factory, also known as Stand A for many years, stood not too far inside the entrance to the park, overlooking the lower midway area from its patio and looking across to the hotel on the opposite side.

The building served various foods, including burgers, and was in use until the park’s closing days. It also served the late night dancing crowds from the Ballroom.

From pictures I’ve seen, there is a lot of junk in the basement, like a speaker, sign that says “The Original Hamburger Factory”, and the famous Chippewa Lake Park 100 years of fun cups.

These ticket booths didn’t always exist. At one time, there was simply an entrance arch. The arch was removed in 1960 and a new entrance was built. Then in the 70’s the park was fenced in and this current ticket booth was installed.

One of park’s greatest treasures was the Hotel Chippewa. It provided a great view of the lake and the hotel was the source of countless memories for the park’s visitors over the years. The hotel dates back in to the 1800’s, and was still standing in the years after the park closed.

The lower floor of the hotel was a food service area which was originally operated by Mac Beach’s mother. The upper floors were the hotel area and the hotel was often fully booked. I heard that many of the guests remember nice nights sitting on the porch watching the time pass as the lights from the park reflect off the lake.

After the park closed, the hotel was burnt down. A man who witnessed the fire said that some youths had been yelled at for causing trouble at the hotel, and then possibly later coming back to light it on fire. When the fire was over, the hotel was almost a complete loss. Only a small section still stands today, but it really does not show much of the original building.

At the close of the 1922 season, the old dancing pavilion was razed, and a cavernous new ballroom rose on its site. The new ballroom featured a huge dance floor, ample seating, and a refreshment bar. The ballroom has hosted countless dances over the years, once a 5,404 paid crowd came to see Vaughn Monroe. The motto of the park was “Dancing Every Night”, and for many years it lived up to its name. The number of couples that met here is unimaginable. One of the ballroom’s many claims to fame is that Lawrence Welk did his first major audio broadcast from the ballroom in 1937. Things like church services, were held there on Sunday’s and food was served alongside the dance floor. There were car shows, dances, concerts, battles of the band, and much more.

After standing for around 80 years, the Chippewa Lake Park Ballroom was lost to fire on June 13, 2002 at around 5pm. A young girl from the area was playing with fire or matches in the ballroom and accidentally started the blaze. The girl, under 18 years of age, eventually confessed. The ballroom was then a total loss.

The Future of Chippewa

First of all I would like to thank the people who own the park now for letting people come inside and take picture tours, second this page wouldn’t be possible without the wonderful people at the Chippewa Lake Park Yahoo! Group.

I would also Chad for putting together that great Chippewa Lake Park documentary that you see above, and for Chad Grub for providing me with some quotes. There are many people on Flickr who allowed me to use their pictures, so thank you to them!

Most of the pictures are copyright me, and they can be found on Flickr under a creative commons license, if you would like to use them. Other pictures have credits under them, some pictures I couldn’t find an owner, so they were left unmarked.

I had so many source that I used for info and pics that I might have forgotten a few, if you notice someone or something I forgot, please contact me at ohioforgot@yahoo.com.

This page is never going to be finished, there is a lot happening with the park, first some big resort is coming then they run out of money, so who knows what’s next.

Even if the park is gone, there are still all of the memories that people have and the Chippewa Lake Park Yahoo! Group would both be great places to share them. You can e-mail your memories to ohioforgot@yahoo.com.