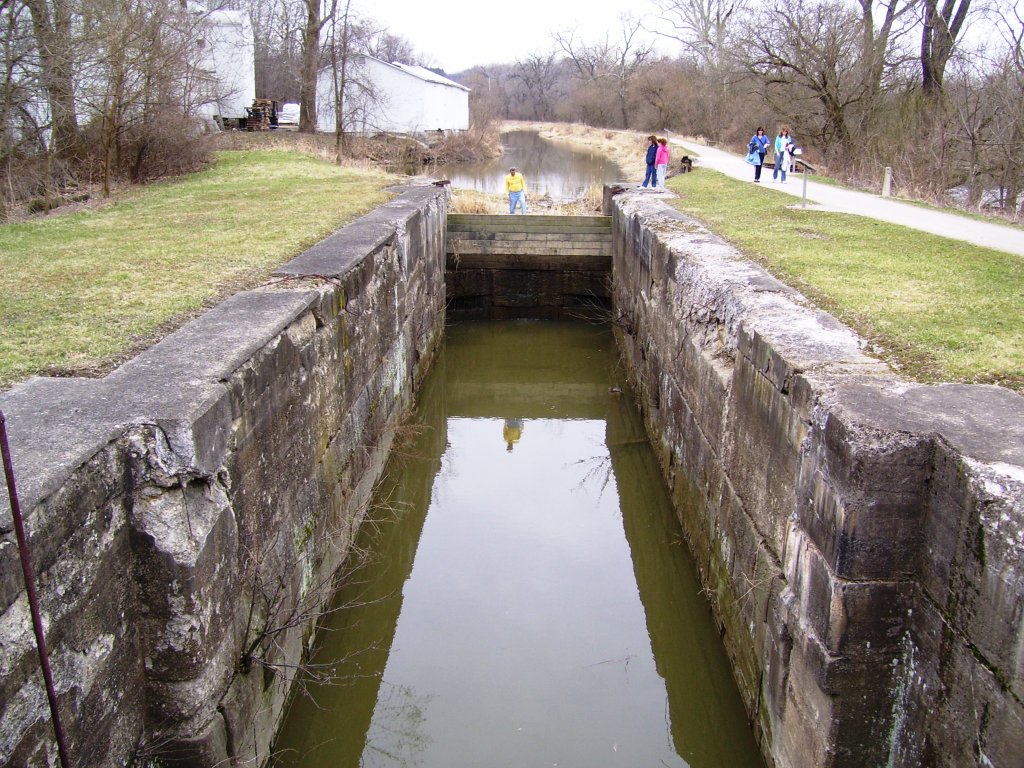 In 1855, Andrew and Robert Alexander built a grist mill near this canal lock. It was called the Alexander’s Mill, a.k.a. the 14 Mile Lock Mill. 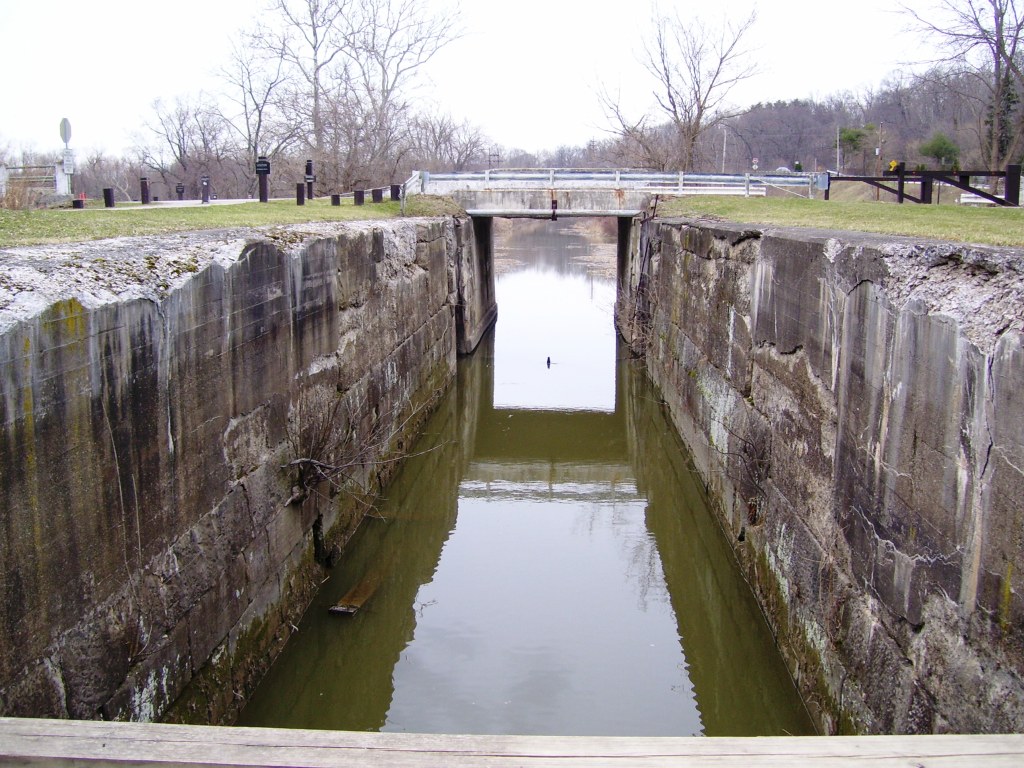 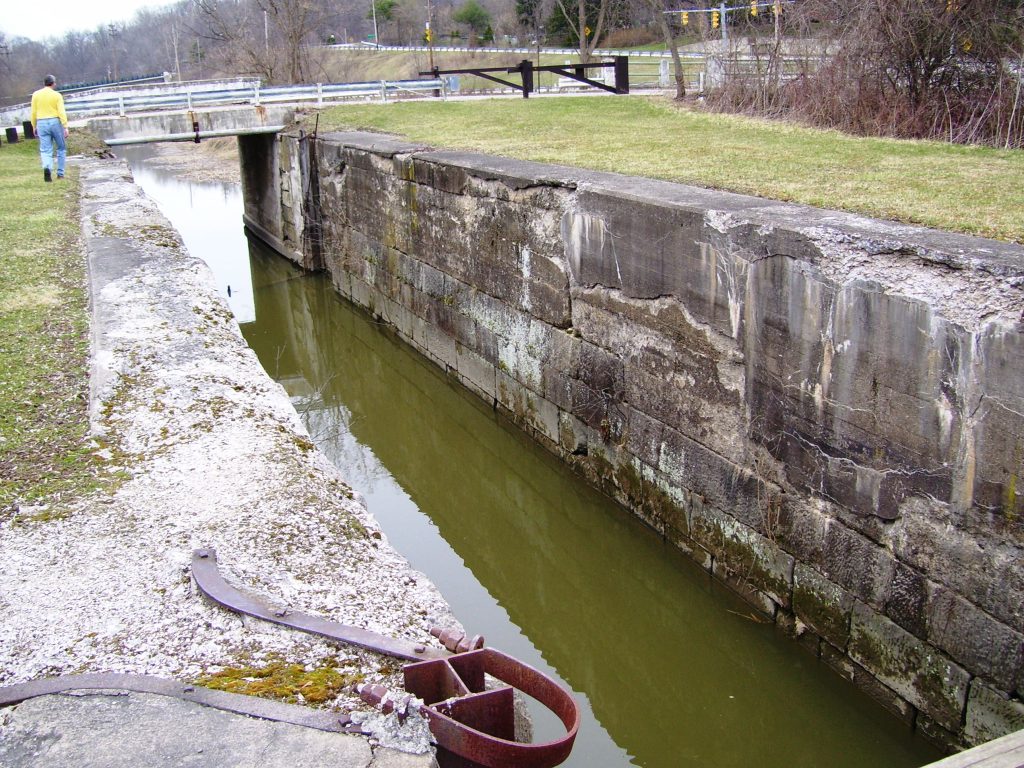 Water from the canal was channeled towards the mill through a millrace, where it was used to turn a waterwheel, probably an undershot.

The mill was later converted to run on a turbine, but it still used water from the canal. 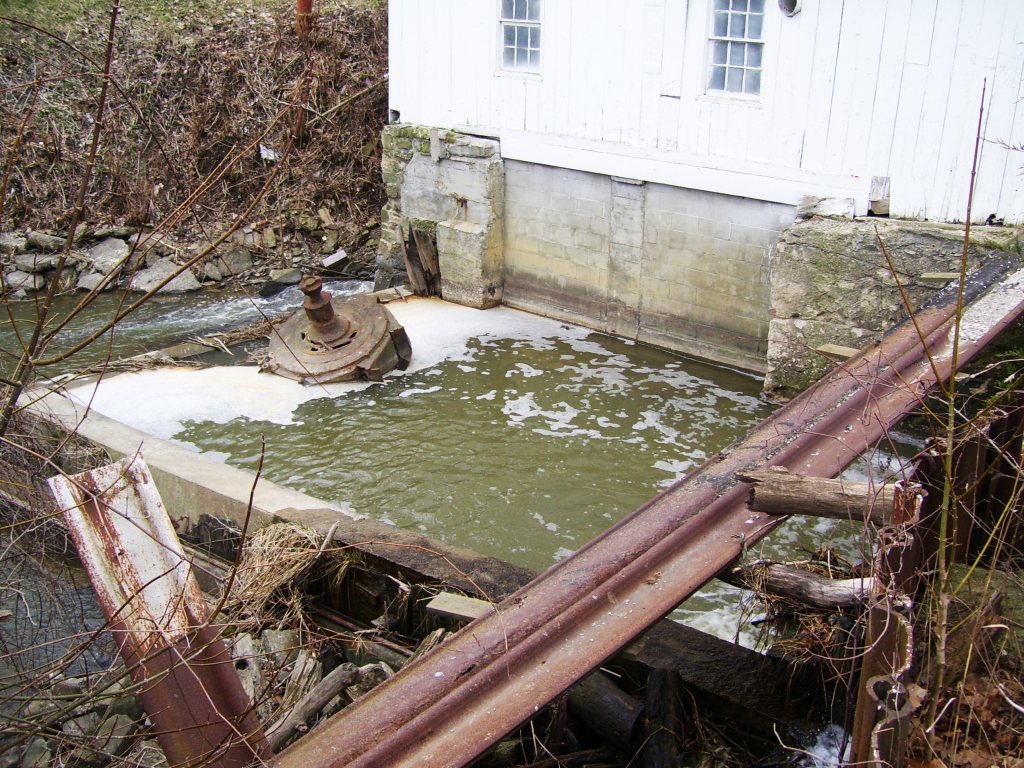 In 1900, the mill was purchased by Thomas G. Wilson, and renamed the Wilson’s Mill. Thomas operated the mill using water power up until 1969, when it was converted to electric power. Today, the mill is operated by Thomas Wilson’s son, Tom Wilson, and it’s used to process animal feed.

The Vanochek Family built a house, barn, general store, and a tavern next this canal lock.

By opening water control gates, a section of the canal could be drained for maintenance and repair. This was usally done during the winter when adverse weather shut down the canal use. 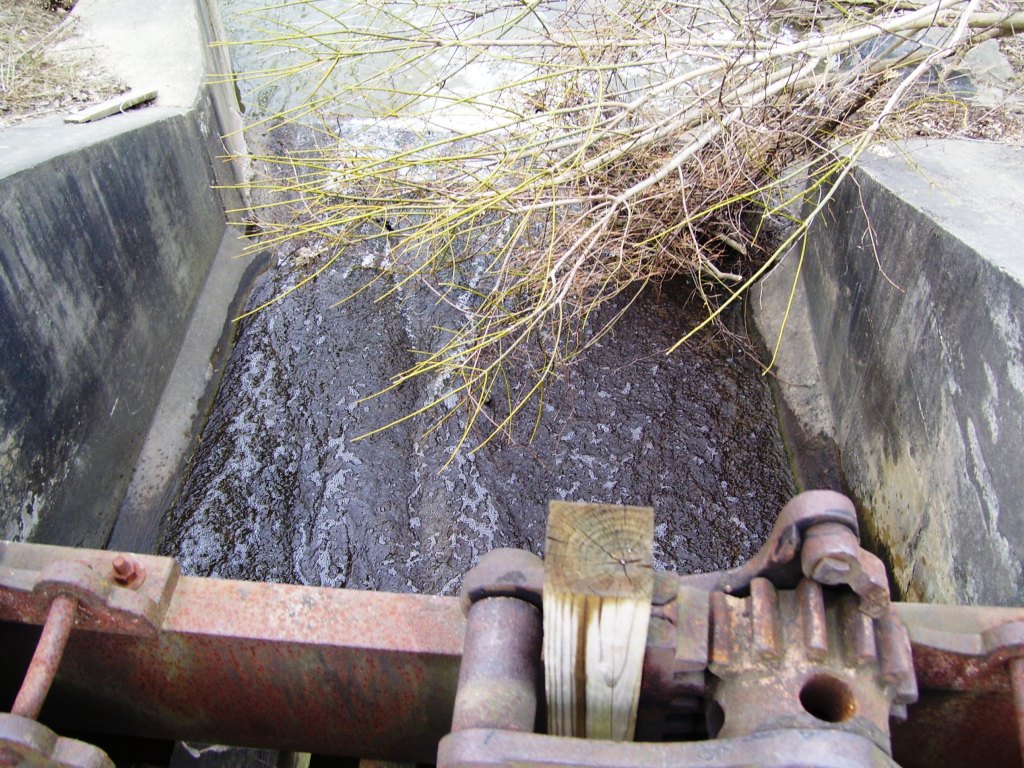 Very little of the original structure remains; the concrete wing walls are a modern improvement. 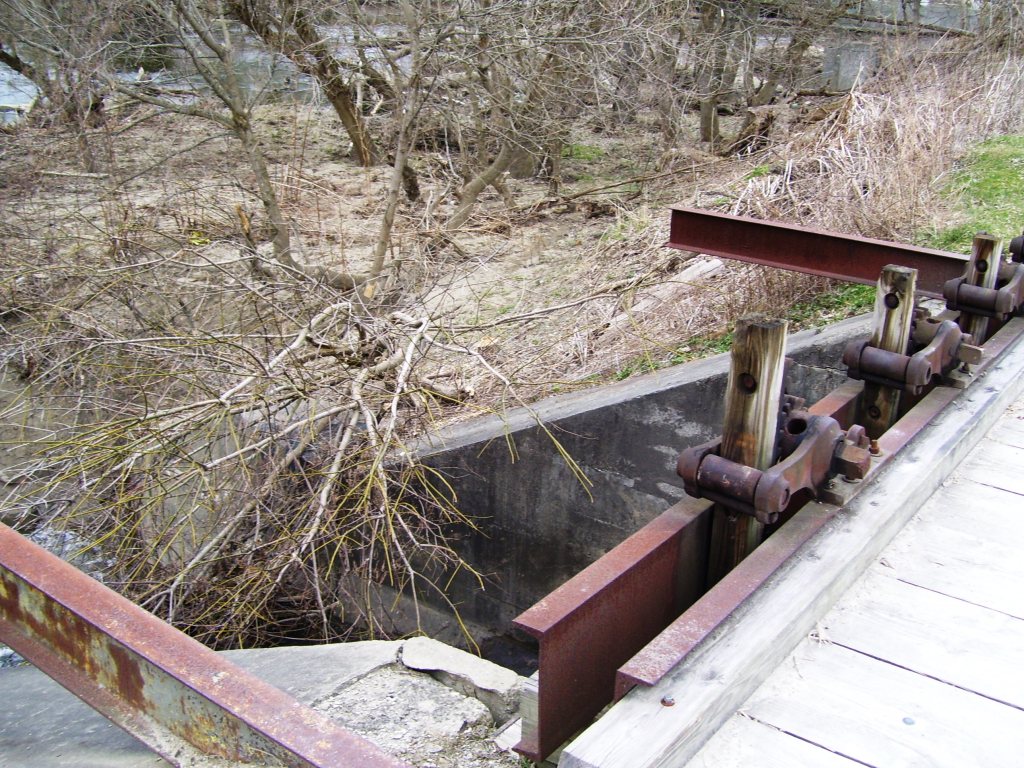 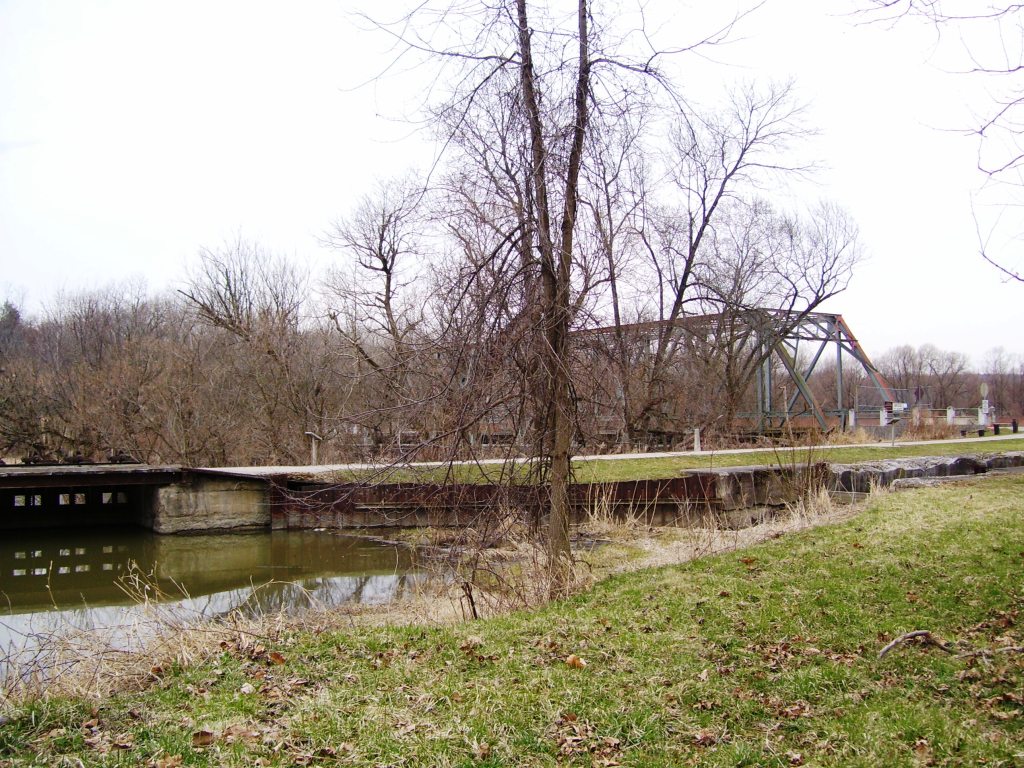